Blackmon Road Middle School continues to be a top performing middle school with scores above state average in all areas. Academic achievement and student involvement are the focus of our school culture. The school culture promotes academic success through the implementation of a lanyard system. Students can earn lanyards that give them privileges based on academic progress and Lexile each grading period. These incentives include earning outdoor seating at lunch, opportunity to wear athletic wear to school, and cell-phone/game use at lunch only. BRMS celebrates the success of our Eagles and works hard to make sure they are ready for the next level.

Lucille Choudhury 2nd place at state for her website, won the Spirit of Lafayette Award, and won for outstanding entry dealing with military history. She will be competing nationally.

BRMS competed in the State Science Olympiad held virtually by Emory University in Atlanta in March.

Our school showed excellence and finished as the #8 team in the state of Georgia this year!!!

BRMS placed in the top ten in the following events!!!

Write It, Do It- Sarah Khan and Haleigh Theel

FBLA had a total of 43 members had 24 winners in in the Regional Leadership Competition.

15 members competed at the state level of competition.

“Soctober” where socks were donated and purchased for local shelters.

“Cover Columbus” where blankets, gloves, and other items where donated to help the local shelter Hope Harbor collect items for the cold, winter days.

“Thankful for the Little Things Week” – on Tuesday during this week we hosted a “Toes Day” and any student who donated a canned good or nonperishable (for the NJHS canned food drive for the Salvation Army) could wear slides to school.

“Friendsgiving Friday”- on Friday during this week students could twin with a friend in PJs for $5. All money went to help Peer Helpers campaign to raise money for kids less fortunate during the Christmas season.

Future Plan….Spring Spirit Week: at least one day will be a paid event and all money/proceeds will toward the BRMS Relay for Life team

4th period Beginning Guitar Class represented BRMS at the Columbus Museum for the Arts in Bloom event in February. 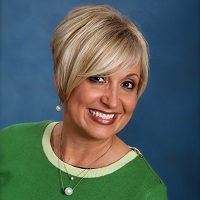