Dimon is a STEM magnet school. On May 9, we became Georgia's 51st STEM certified school. We are the only school in Muscogee County with this specific designation. STEM stands for Science, Technology, Engineering, and Mathematics. We offer urban gardening in our greenhouse, a nature trail, an outside classroom, a weather station, robotics, a science lab, a Maker Space work place, an engineering room, a butterfly atrium and so much more! Being a STEM school, we have a yearly STEM project that revolves around the theme of "How does your garden grow?" Each grade level has different year-long projects that are developed, researched, and analyzed. We have a lot of after school activities such as chess, First Lego League, Junior Lego League, Helen Ruffin Reading Book Bowl, Movie Teams, Science Olympiad Team, Math Team, ballet, and more! Dimon also hosts an annual STEAM Day in March. On this day, approximately 25 presenters from all fields of STEAM present at our school. Dimon also has a strong PTO where parents are encouraged to participate in school activities throughout the year such as an annual Tech Expo, Math Night, Literacy Under the Stars, Fine Arts Night, Field Day, and more! 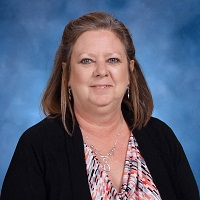