Leadership is about attitude. This framework has the potential to unlock that inner leader within our children by helping them to inspire and motivate others and themselves to be better than what they think they can be. It will be impactful as it relates to accountability, responsibility, student performance, and student behavior.

Each student is given multiple opportunities to excel in his/her academic, social, emotional, and physical development in a safe, nurturing environment.

Well-prepared, responsible, and caring employees are committed to excellence in education.

Parents, community members, staff and students, are full partners in the education of children.

A leader is a person, any person using their influence to help others accomplish a goal or task. Leadership is a talent that everyone can develop. Leadership happens all the time, in every place – at home, work, school, church, and in social settings. Leadership is essentially about purpose; it is about getting a task accomplished. By adding Leadership Academy to our name, Rothschild Leadership Academy is purposeful and directional. What leadership does is more important than what leadership is. Think about the great leaders of history – Lincoln, Gandhi, Dr. Martin Luther King Jr., and Mother Teresa. They didn’t theorize. They did leadership.

ROCK SUCCESS ...What is truly happening at Rothschild Leadership Academy!

* Pre-AP Spanish I - Students can earn a high school credit


*2013- 1st middle schooler in MCSD to be ever be elected officer in TSA at the State Office, Alexander King

*2014- 8.5% gain on CCRPI highest in district of all MCSD middle and high schools 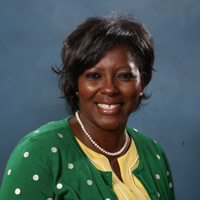