South Columbus Elementary School was built in 1952 to serve students in grades kindergarten through sixth. The original buildings contained 25 classrooms, a cafeteria, and administrative offices. In 1967 additions were added to include a media center and a new wing with 9 additional classrooms. During the 2001 summer break and throughout the 2001-2002 school year, construction took place on the campus of South Columbus Elementary. A new building was added and it houses a gymnasium and two additional classrooms to be utilized by the physical education, music and art programs. Additional parking was added as well as covered areas for the purpose of dropping off and picking up of students. Currently, we serve students in grades pre-kindergarten through fifth grade. We are proud to be the site of one of the largest pre-k early success centers in MCSD.

At South Columbus Elementary School our mission is to inspire and equip all students to achieve unlimited potential.

South Columbus Elementary School is a beacon of educational excellence where all are known, valued and inspired.

SCES fosters a healthy organization where....

...as WE serve the needs of others.

WE will make decisions...

South Columbus Elementary is a PBIS school. PBIS is an evidence-based, data-driven framework proven to reduce disciplinary incidents, increase a school’s sense of safety, improve school climate, and support improved academic outcomes for all students (www.pbis.org). With support from Georgia Appleseed and Georgia Department of Education, Muscogee County Schools District, in its' first year of PBIS implementation, has been designated by the GADOE as an active PBIS district. 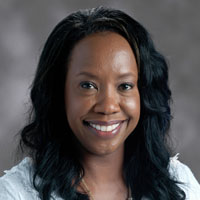